Onboard CPU for precision control and tracking

Anodized aluminum for strength and portability

Capture with AIR One™

The AIR One™ cloud-native cinematic camera unit is small enough to fit under an airplane seat, light enough to mount up high, practically invisible on location, and gives you greater control than ever before. Set it up, plug it in, turn it on, and start shooting your best work in a matter of minutes.

AIR One’s™ unique iOS® app gives you all camera functions at the touch of a finger. Pan and zoom with easy, precision smoothness. No more joystick. No more hard buttons. No more bulky console. Bring ultimate control to your craft.

The AIRcloud™ platform gives you unprecedented integration over the camera-to-viewer workflow and is a force-multiplier for your crew. Because AIR One™ connects directly to the internet, in most cases you don’t need to roll an OB truck. At ultra low latency, your team can run multiple cameras from onsite or offsite. Your director can call shots from anywhere as if they were in the same room! AIRcloud™ enables united workflow access to familiar tools like vMix®, Premiere Pro®, and more. Switch, distribute, edit, run comms, add graphics, and output the results to any CDN. 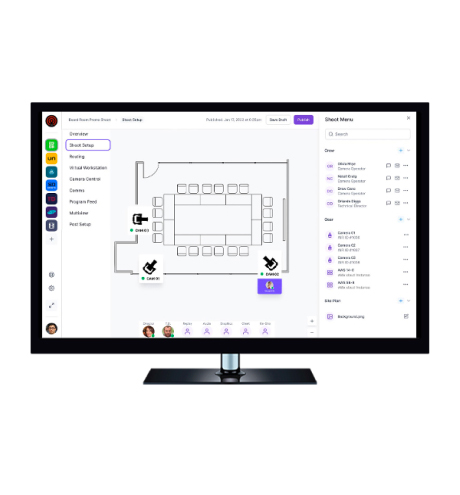 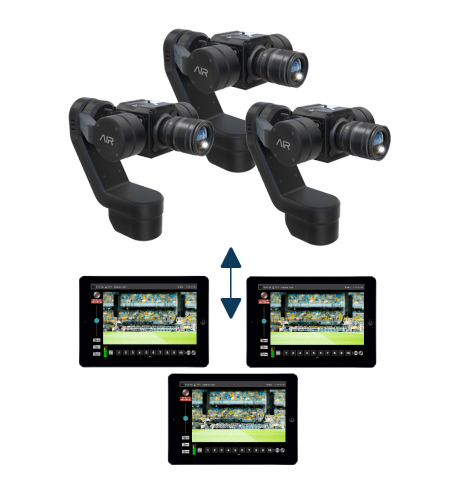 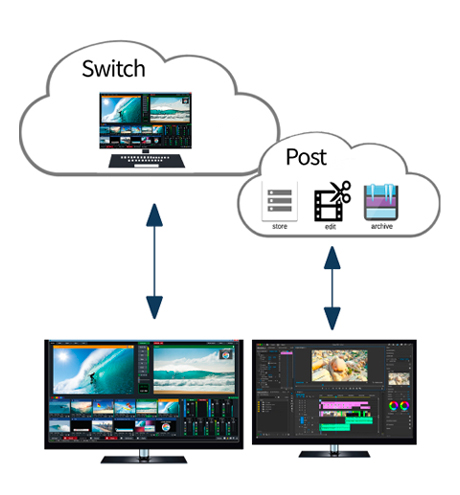 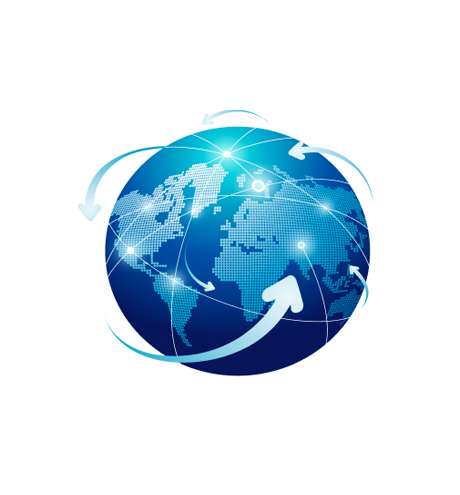 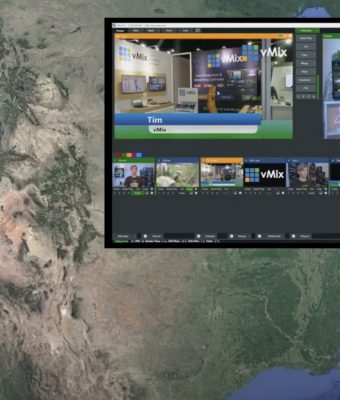 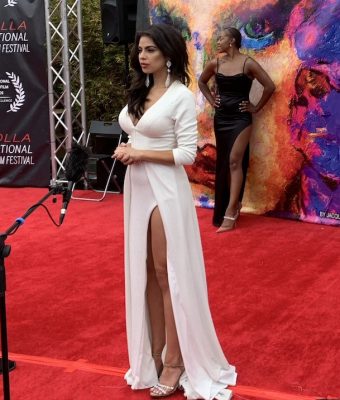 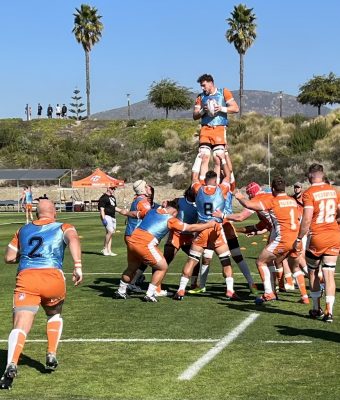 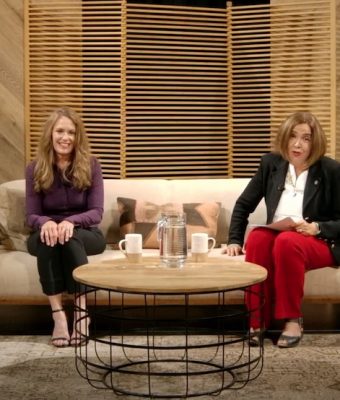 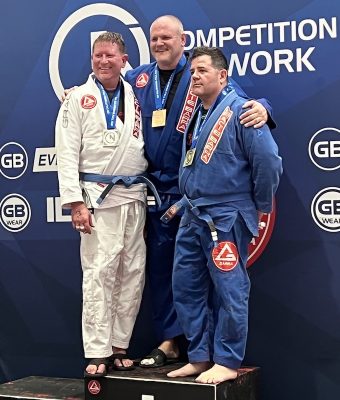 What the industry is saying about us!

“AIR’s technology solves a number of critical, long-standing problems in the video production workflow in a way that no one else is doing.”

“On a reality TV set, setup time, camera precision, and editing speed is crucial to getting the best possible content. AIR’s technology is a major game changer in the way we do this. When can I get one?”

“Reducing cost while outputting better content is a consistent goal for our clients. AIR’s remote access technology has huge benefits for an industry impacted by crew size restrictions, travel restrictions, and budget reductions.”

“The Air One Platform unlocks enormous savings in time and production costs across the live video capture-to-distribution value chain, and is playing a major role in the digital transformation of live production.”

Want to know how AIR One™ fits with your production? 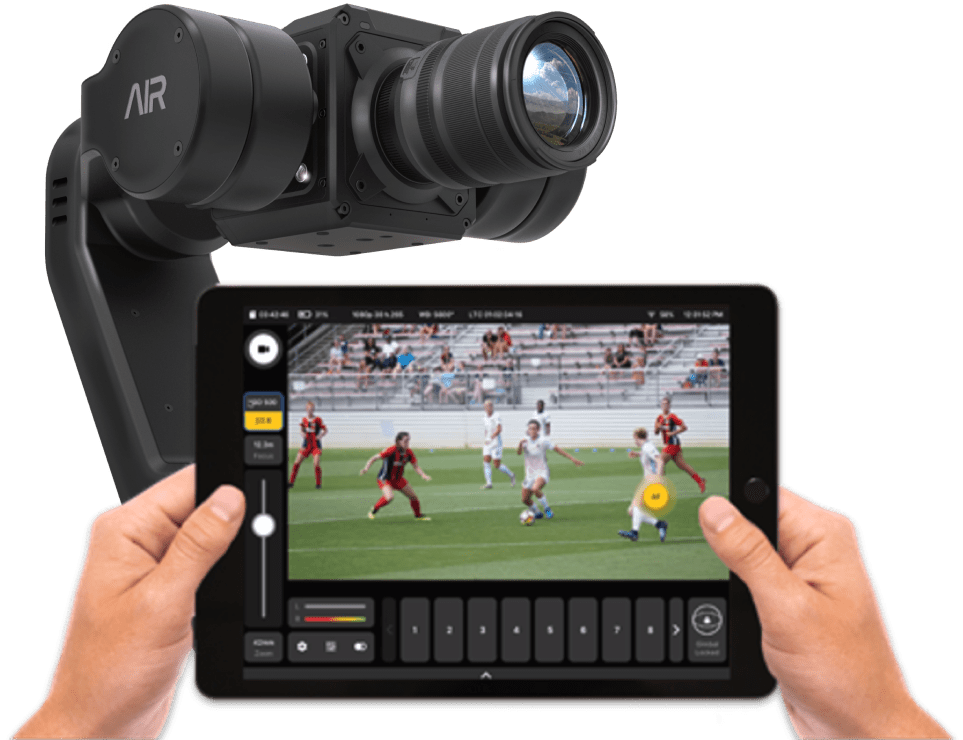 AIR One™ is a groundbreaking remote production platform consisting of robotic digital cinema cameras on the front end, and a full cloud production platform on the backend. It’s cloud-native, meaning we’ve built it from the ground up to minimize equipment and optimize distributed computing. From offsite or onsite, you now have full camera control with real-time precision pan, tilt, zoom, focus, and position set & recall via intuitive touchscreen UI, and a full cloud switcher that can feed any CDN. No need to roll a truck! Everything connects over a standard gigE LAN and broadband ethernet. On the back end, AIRcloud™ acts as a central hub for project setup, permissions, routing, media storage, communications and shoot day management.

We’ve consistently demonstrated more than 50% savings in production costs in our test cases. But that’s not all! Because a lot of the work can now be done remotely by a distributed team, AIR One™ reduces the number of crew needed to travel. Because crews spend far less time setting up and breaking down equipment, you get more engaging content, faster, which translates into more eyeballs on your work.

AIRcloud™ is our remote production operating system. It securely connects your onsite cameras to your offsite crew and enables you to run industry-standard production apps like vMix®, Adobe Premiere® and more from the cloud. Your subscription includes remote connectivity + control, direct-from-camera streaming, shoot prep software, and 500GB of storage. Cloud switching, routing, and editing is available by the hour.

We’ve demonstrated ultra low latency AIR One™ camera control at a distance of ~60 miles. We’ve also demonstrated virtual AIRcloud™ switching from over 3,000 miles away with imperceptible latency. The bottom line is that using robust connections in roughly the same region of the continent, controlling your AIR One™ camera and AIRcloud™ switcher remotely is largely indistinguishable from running it on premise. And if you’re talking latency from location to home viewer, using the AIR IP-from-origin workflow and a specific CDN we’ve demonstrated glass-to-glass (live location to home viewer) latency <2 seconds, that’s faster than over-the-air broadcasts.

While fine for remote operations, IP based systems using switchers like vMix® generally introduce too much latency to be acceptable for IMAG (Image Magnification). However, AIR One™ is equipped with an HDMI output so you can configure it for control over IP and switch the signals using traditional baseband equipment. Contact us for more info.

We’re launching with the Z CAM E2-M4 as our core camera module due to its open API, connectivity options and affordability. You can also upgrade to any other Z CAM model in the flagship line. Eventually, the AIR platform will be camera-agnostic as other manufacturers’ open APIs allow. For tablets, we plan to stick with iPad® for now (which is included in the base package) thanks to its ubiquity and ease-of-use.

Absolutely. General guidelines are: MFT or EF mount, 1Kg weight, max 180mm in length, focal lengths up 300mm. Some lenses slightly outside these specs may be compatible.

Because of the self-leveling head and ability to ship fully assembled, you can pop it out of the case and be up and running in under a minute.

In Jan 2022, AIR streamed a Major League Rugby preseason match between the LA Giltinis and SD Legion. What you see in this highlight reel was shot with six remote control AIR One™ units — Cameras 1 & 2 (wide and tight follow) at midfield atop a 25ft high rise stand, Cameras 3 & 4 at field level at each 5-meter line, and Cameras 5 & 6 high in each end zone. — and not much else. We hardwired all six cameras to an ethernet port in our production tent at midfield, where the entire crew sat. Each AIR One™ unit streamed video directly to an AIRcloud™ based vMix switching instance. We used a high-speed wireless point-to-point hop to bridge connectivity from the hardwire gigabit LAN to a hardwire 150Mbs broadband internet connection approximately 1/4 mile away.  That’s right — though we don’t recommend it as best practice, everything you see here was streamed and switched wirelessly in the cloud.

Crew consisted of one producer, one TD, and 5 camera ops (one controlling two cameras). Our TD controlled the AIRcloud™ based vMix instance via an iMac. Camera ops each used an iPad to control their AIR One™ and were a mix of professional and amateur crew. Laptops and additional monitors provided supplementary confidence monitors as well as a multiview display of all the cameras for the entire crew.

Because the was the first time any of the crew had shot the sport, a South African native and rugby aficionado stood behind them and acted as assistant director to ensure that we accurately tracked the action. The program output streamed from the AIRcloud™ vMix instance to the AIR YouTube channel and congruently streamed on SD Legion’s Facebook page. Audience engagement was great for a preseason match, with over 1800 views and very high comment rates on game day.

Entire production was setup and broken down same day.